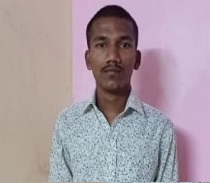 For Akash and his family, his father’s smoking addiction led to a catastrophic situation which forced them to sell their one-acre family land and put the entire financial burden on his mother’s shoulder. His father supported the family from whatever he earned from his job as a security guard. However, he did not know that his blood circulation was getting choked because of excessive smoking. Because of this, one of his toes gradually turned pale as the blood stopped flowing to it completely, and eventually fell off. This was a tipping point for the family.

After his father was admitted to a private hospital, he was diagnosed with gangrene. The doctor told the family the only way to save his father’s life was to amputate his leg. This not only took away his monthly salary support but also put a humongous financial burden on the family. Today, his mother is the sole earning member of the family as she manages to get Rs 240 per day at a job in a nearby company.

A resident of Awankhed village near Dindori in Maharashtra, Akash is currently pursuing a PG Diploma in Electrical Engineering and aspires to bag a government job in Railways. He manages to pay the annual college fee as well as bus fare from the money which was left after his father’s treatment. For him, it is an everyday struggle as he sees his mother toiling hard to earn a paltry sum every day to support the family of four.

“There have been times when I thought of quitting studies and supporting my family. My younger sister is in class 11 and I want to make sure that she gets to complete her studies,” Akash tells YDF team. But for Akash, his dreams and courage are bigger than his struggles. With the scholarship amount, he plans to get a degree and also take a proper coaching which will help him in cracking the competitive examinations. He looks forward to the day when he gets his first salary and becomes the man who supports his family.