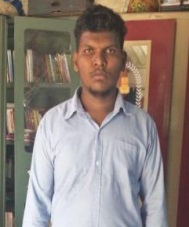 “It is only me who understands what I am going through. Nobody else can feel what I am feeling,” says 19-year-old Himesh, who lost both his father and mother at a young age and was forced to fend for himself at a very young age.

He was born in Mohadi village of Dindori in Maharashtra. Himesh is pursuing an ITI diploma course from a local institute. He lost his father at an age when he could not even understand what was happening around him. Later, his mother passed away when he was in class 10th.

The family never had a land or house of their own and so Himesh was left without any roof above his head after his mother’s death. Taking cognizance of his situation, a neighbour in his village Mohadi offered him a small space to live. However, Himesh has to earn for himself and support his education too.

He has been doing odd jobs like washing utensils, clothes, cleaning tables, and helping with farm work to support himself. Currently, he earns Rs 3,000 monthly by working at a hotel and also takes up other jobs whenever he finds any. It is through his own hard work that Himesh could save enough money to pay the first instalment of his college fee. He aspires to complete his education and become capable enough to support other orphans who cannot get an education because of the lack of financial assistance.

Every day, in the morning, he has to first finish his work at the hotel to buy some food for himself and then pay for his bus ticket to reach the college. He cannot afford to skip his work on any day because that would have drastic consequences on him. With the help of scholarship amount that he receives from PRI and YDF, Himesh will be able to pay back the money he has borrowed from his friends, and it will also lessen the burden on his shoulders if not take it away entirely.