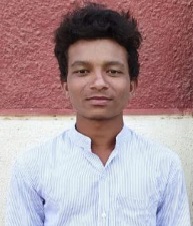 Ravindra and his father live in a small house in Karanjwan Village of Dindori. They belong to Gurav caste that, according to tradition, distribute flowers to people during religious fares and receive food grains in return. At the age of nine, he lost his mother after a long illness and the family had to spend a fortune on her treatment.

A few years after the incident, his uncle and father married off his two sisters in haste. His father also could not recover from this shock and stopped working as a farm labourer. He used to earn Rs 200- 250 daily but now whatever money they get is by selling the food grains in the market every Sunday.

Their financial condition is abysmal and Ravindra, a second-year D-ed student in Junior College Dindori, has to work on his off days to pay for a monthly bus pass. To get admission in the college and pay the fee, he worked at a factory for three months while preparing for his 12th board examinations.

Today, he has to take care of daily household chores like cleaning and cooking along with attending the college regularly. However, he has never taken a loan from anyone in his life and has always worked hard in odd jobs to pay for his own expenses. With the money that he receives as a scholarship, Ravindra will now be able to pay his fee and buy books so that he can prepare for competitive examinations. With the rest of the money that he earns, he wants to help his family during the tough days. His sole aim is to clear an examination and find a job at the earliest so that he can come out of the financial drudgery which he has faced throughout his life.